This Apple Cinnamon Smoothie is vegan, raw and sugar-free. The perfect, cozy breakfast drink for those cold Fall and Winter days. Super healthy, tasty and guaranteed to be loved by the whole family! 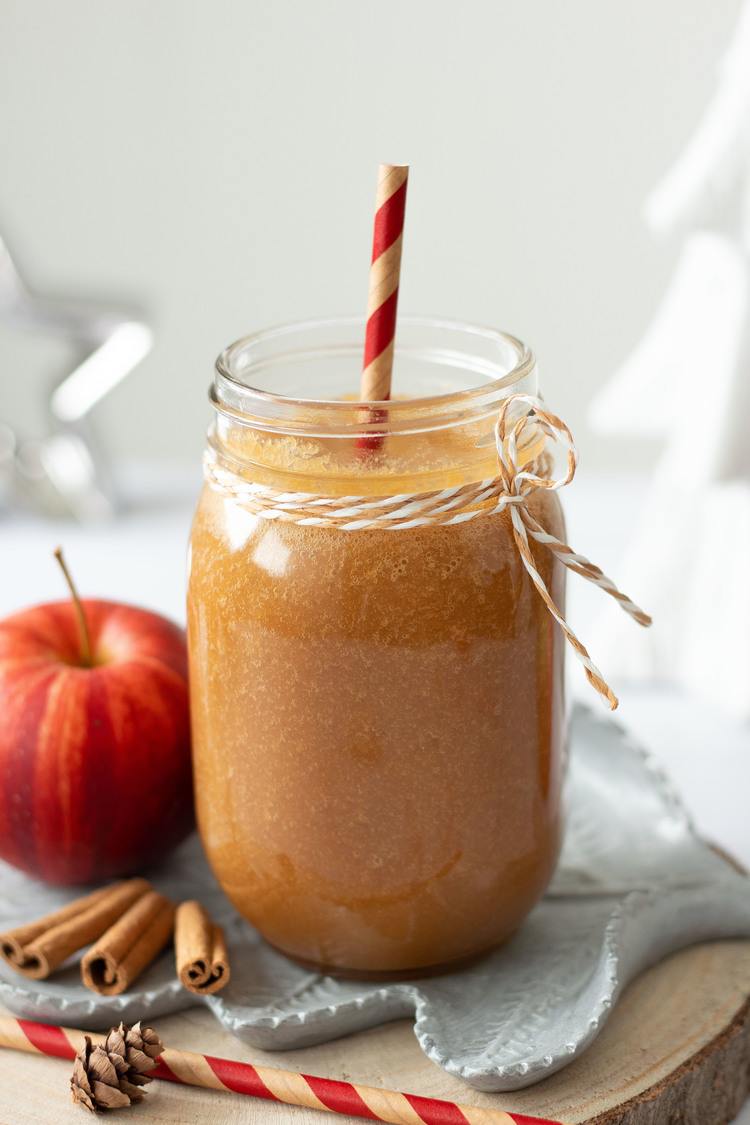 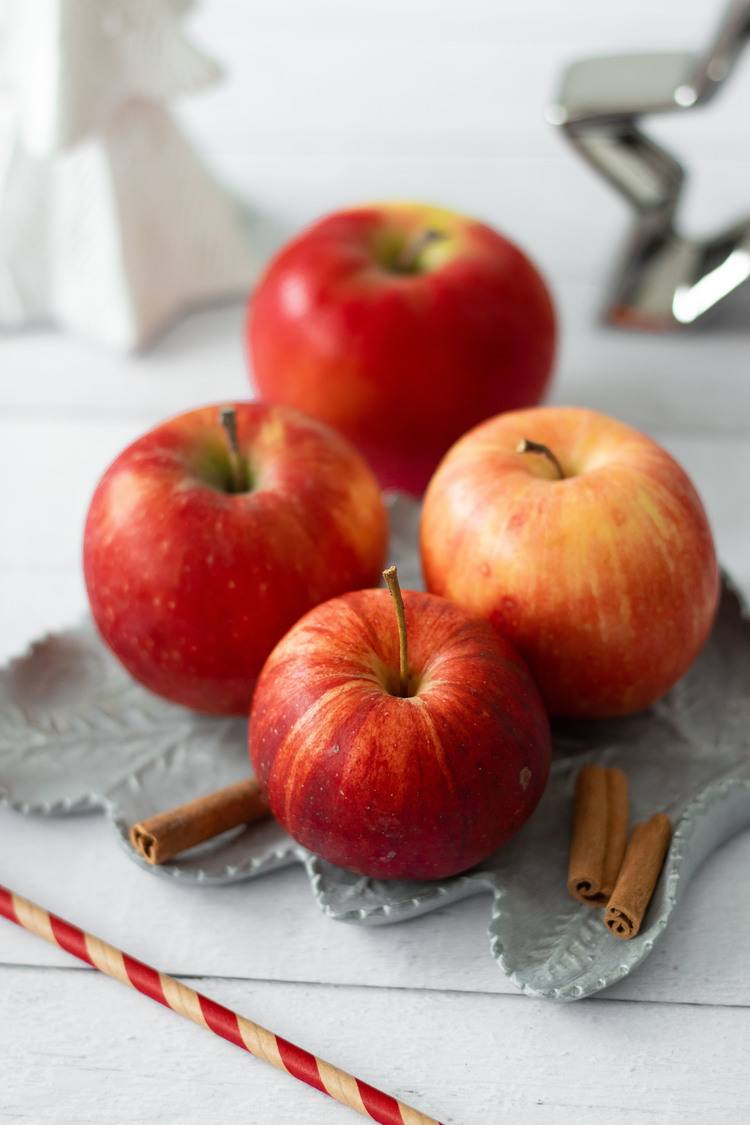 I have spent a lot of time thinking about finally making an apple smoothie.

But whenever I tried to make one, it turned out to be way too thick and not tasting like apple at all.

After a while I gave up and just accepted the fact that apples are not meant to be in smoothies. Oh, how silly I was. 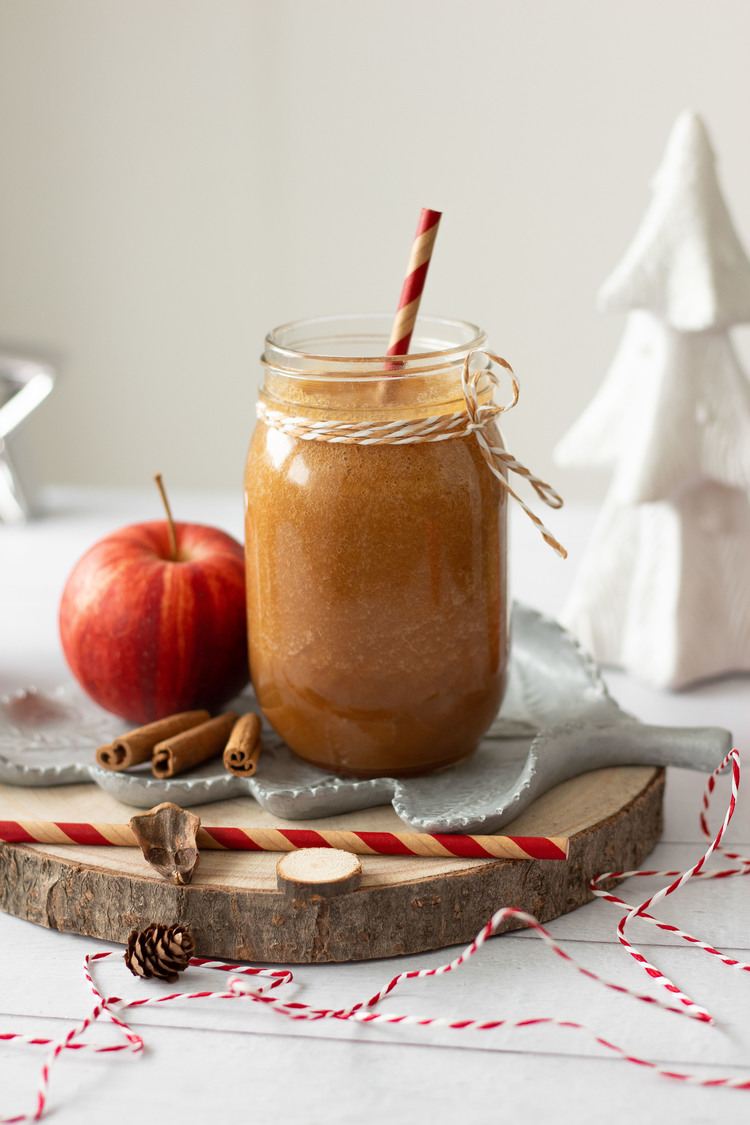 When I realized that I should be using fresh, homemade apple juice instead of milk/water, I was so happy!

So, yeah. The key to this tasty drink is the fresh, homemade apple juice.

And please don’t use store bought. Store-bought apple juice is really unhealthy and ruins the flavor as well. 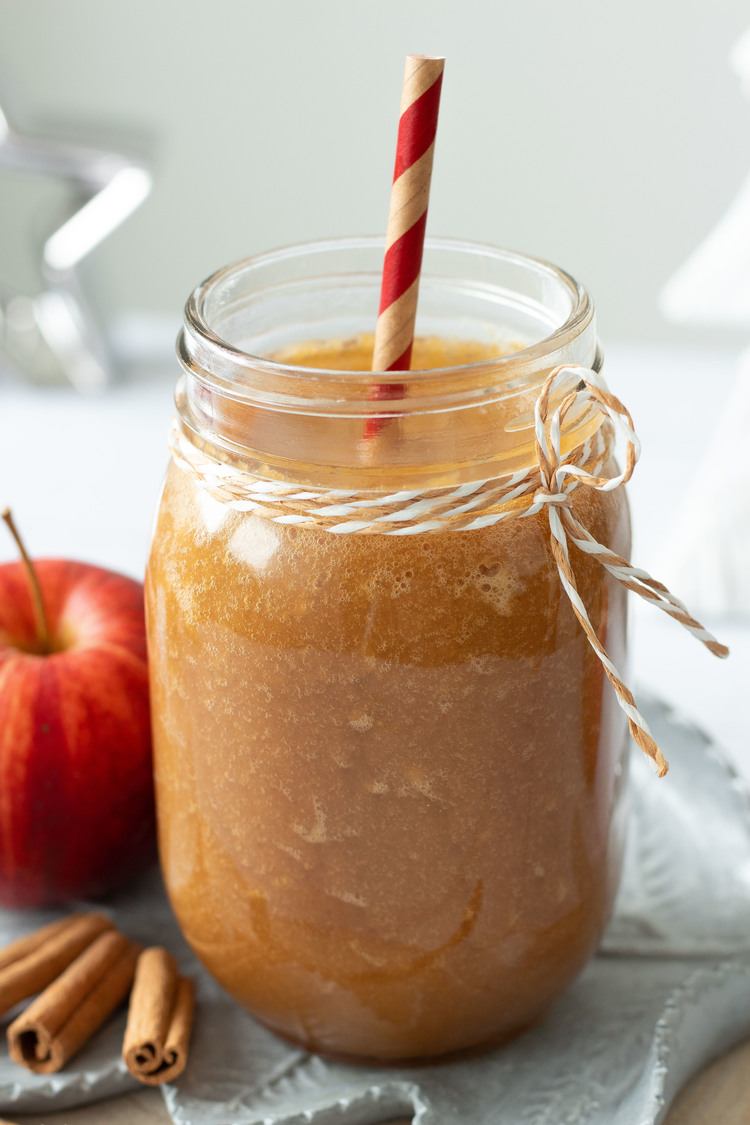 Now, if you make my homemade apple juice recipe, good for you, but if you have a juicer at home, that’s perfect too.

You can also find fresh apple juice at your local farmer’s market usually. 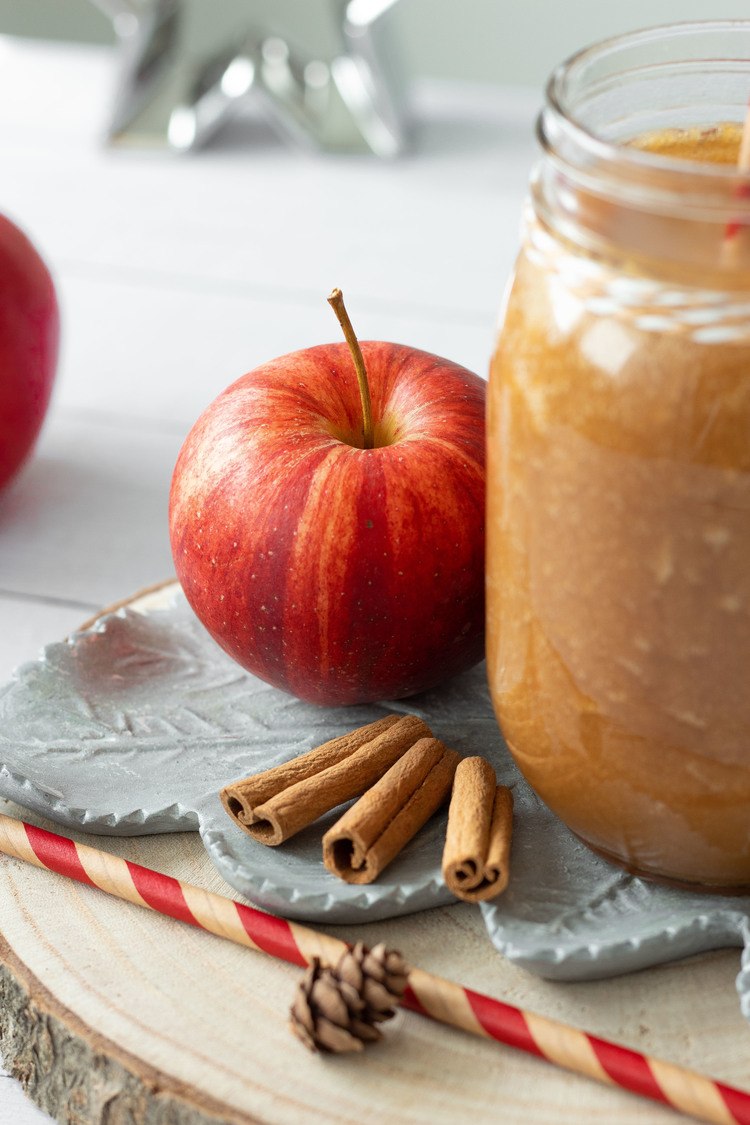 Just imagine, starting your day with this aromatic smoothie, that tastes like apple pie!

Inspires you to always eat clean, doesn’t it? 😉 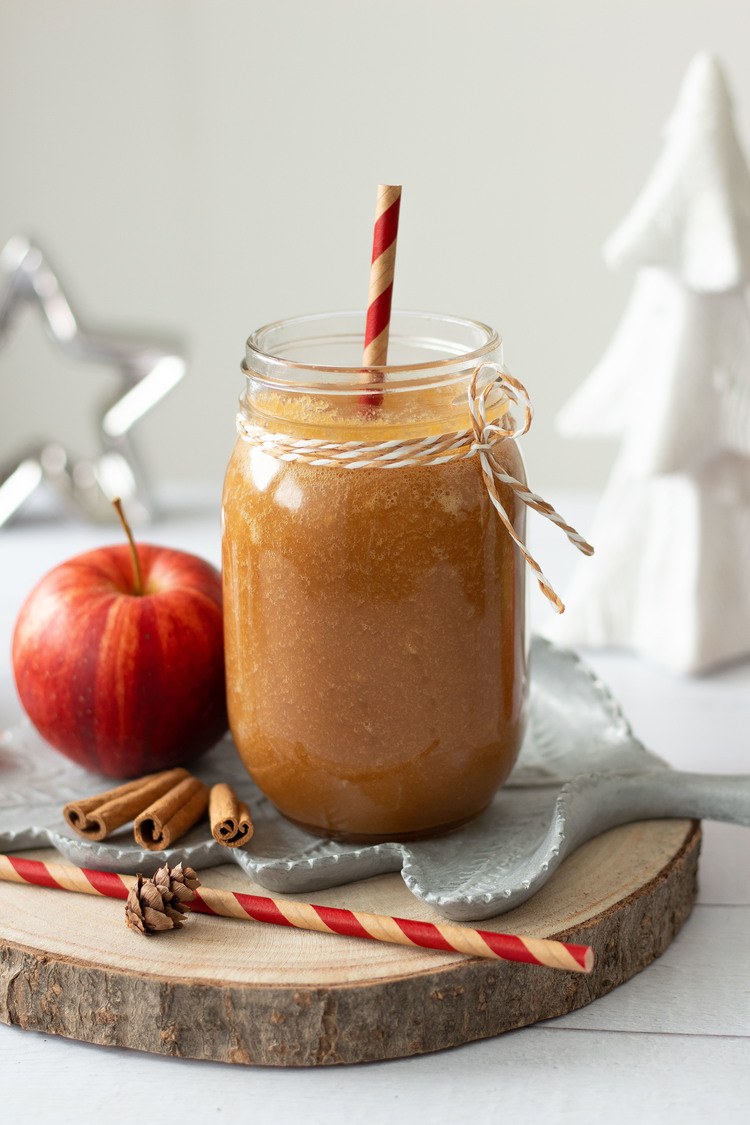 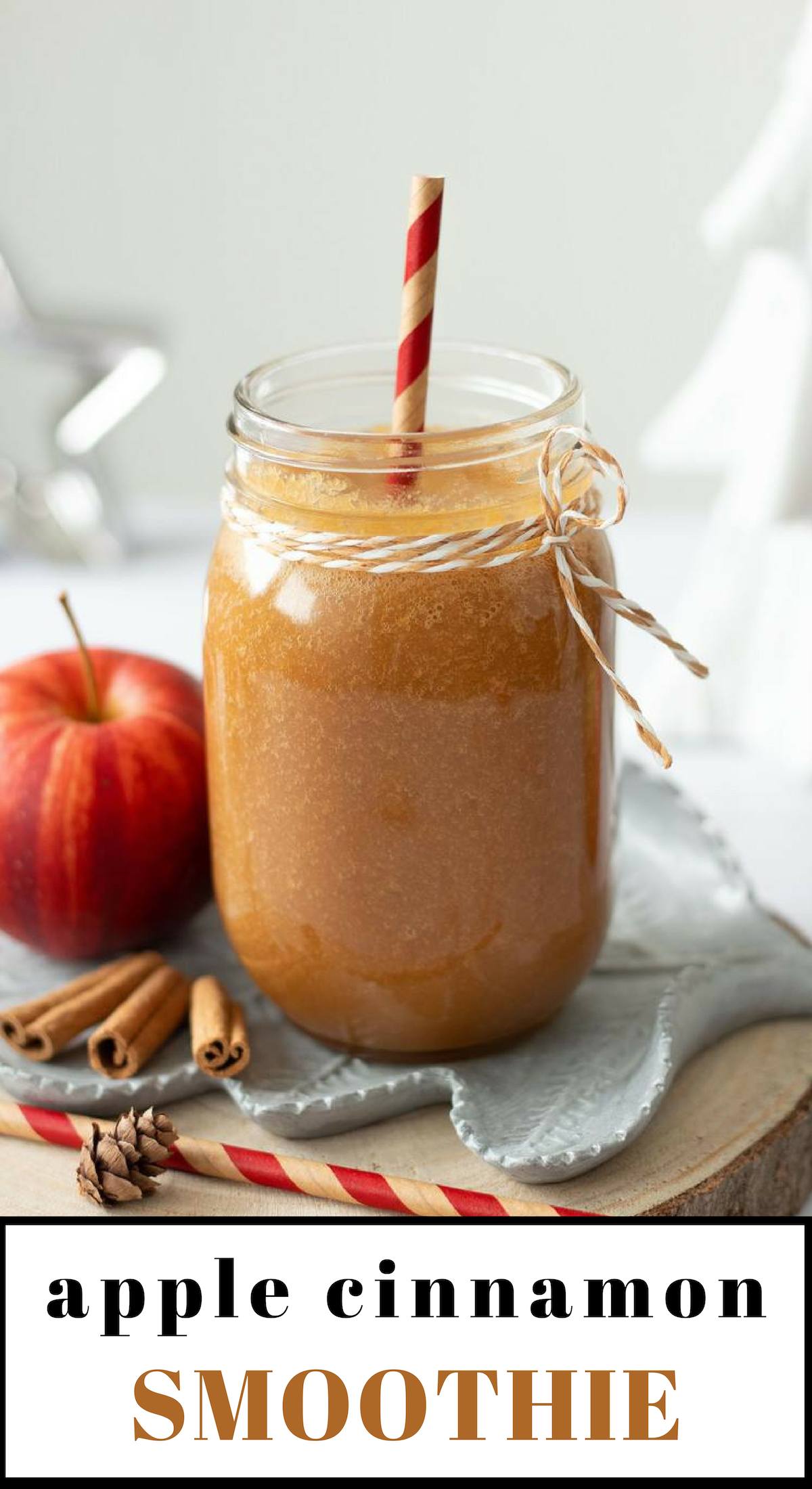 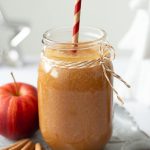 *You can use my Homemade Apple Juice recipe for this smoothie.

Did you make this vegan Apple Cinnamon Smoothie? Let me know in the comments!